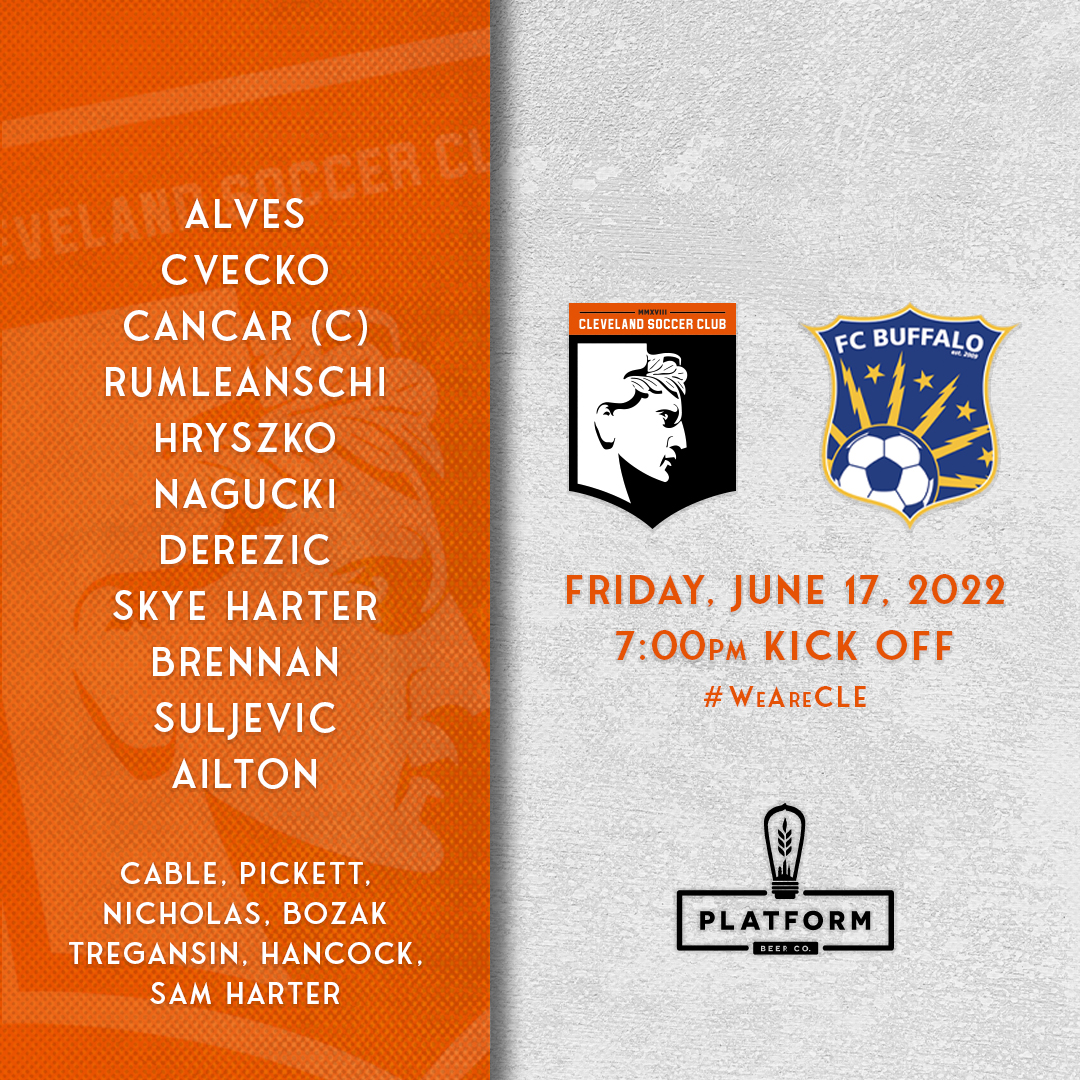 Friday’s match was played at the George Finney Stadium on the campus of Baldwin Wallace University. Cleveland Football Club showed great chemistry as the starting 11 tore through Buffalo FC midfield and defensemen throughout the first half of the game!

CSC immediately after the first hit went on the attack with an incredible pass through! This was played down on the right flank and Ailton Silva scored a one-on-one to give Cleveland a 1–0 lead. 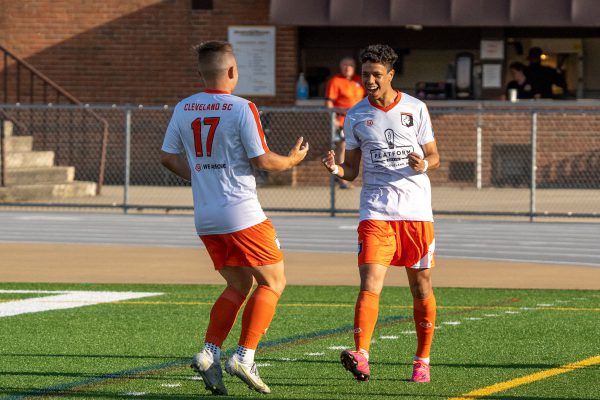 Later in the half, in the 40th minute of the game, Brennan made an overhand pass that caused the Buffalo goaltender to lose contact with the left back. This led to a strange own goal that gave Cleveland a 2-0 lead at halftime. 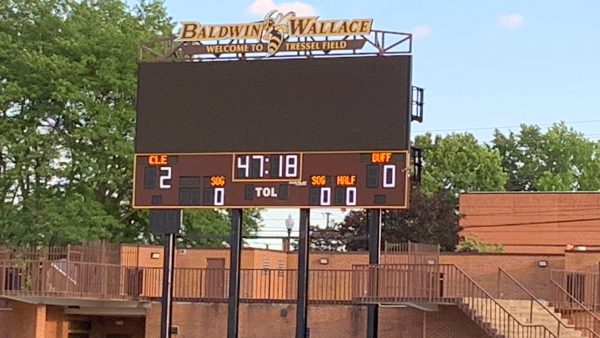 In the 2nd half, Cleveland hit first, maintaining the momentum of constant attacking pressure thanks to ball control in midfield. Mikey Derezic showed incredibly beautiful dribbling and ball control through the Buffalo defense, scoring an accurate shot past the goaltender and putting Cleveland ahead by 3 points! 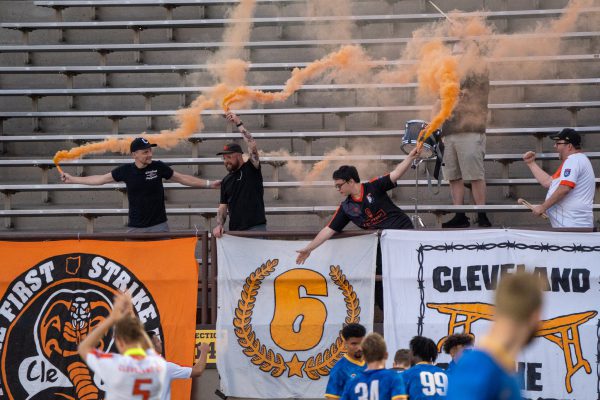 In the remainder of the 2nd half, Buffalo showed signs of frustration with seven fouls, five of which resulted in yellow cards. In particular, one foul in the 68th minute – a collision at full speed in the center of the field. It turned out that the Buffalo defenseman was not trying to play the ball 50/50 through the air. The official gave him a yellow card when the Cleveland linebacker went down. Players from both teams converged and began to chirp back and forth. Luckily, the Cleveland linebacker got up and cleared the foul. His teammates ran to protect him from the flagrant foul. Cleveland managed to keep cool and calm.

Later in the half, Buffalo took a free kick that resulted in a beautiful goal and Buffalo scored 1–3 on the scoreboard. Congratulations to Mikey Derezic… Man of the Match! #WEARECLE 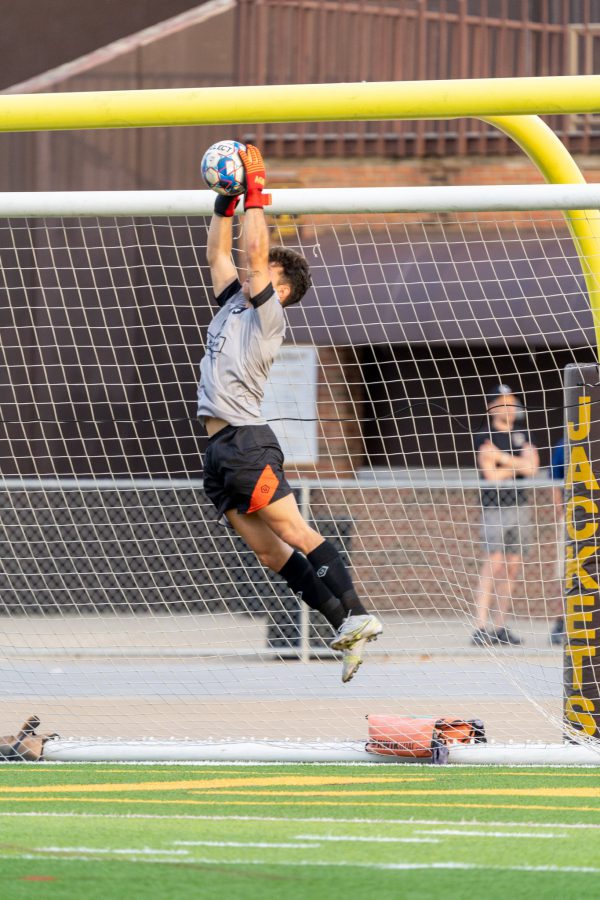 Fast turnaround: CSC heads to Pittsburgh on Saturday for a game against Hotspurs Football Club at 5:00 pm. Let’s hope that yesterday’s goals from Silva and Derezic will give CSC the confidence to win another away game. Saturday’s victory at Founders Field would have continued their undefeated season! Hotspurs football club preparing for the match after beating Buffalo 5-1. 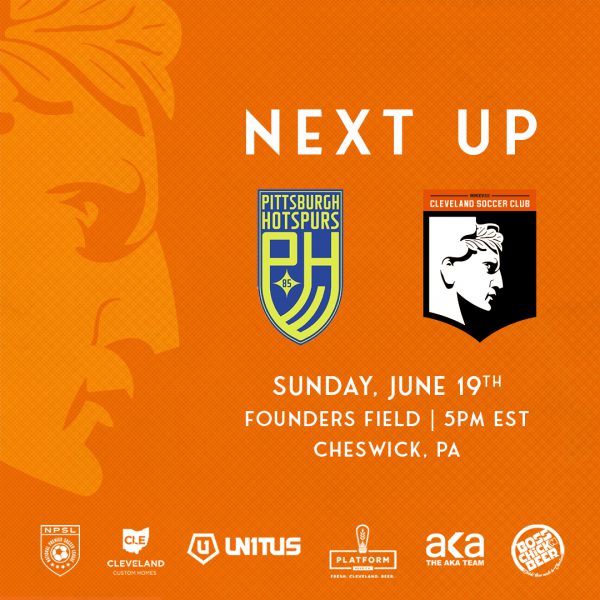 Kevin McAndrews is a sportswriter for NEO Sports Insiders. He has published sports content and hosted his own podcast on Big Kevin Sports since 2014. Growing up in Lakewood, Ohio, Kevin has been a dedicated Cleveland sports fan all his life. He graduated from the University of Akron in 2017 with a dual degree in sports management and business (BBA). Kevin has written sports articles for the Cleveland Browns, Cleveland Cavaliers, Cleveland Guardians, University of Akron Zips, The Ohio State Buckeyes, Cleveland State Vikings, Columbus Blue Jackets and Columbus Crew. @BigKevinSports