National Park College opened its first youth football camp with 17 players in grades one through six on Wednesday morning at the Hot Springs Baptist Church.

Nighthawk footballers helped coach the campers by setting up practice cones and teaching players various dribbling techniques and other skills used on the football field.

National Park head coach Kevin Tello said that with local high schools and the Hot Springs Football Association hosting camps and developing the game, the nighthawks wanted to continue the educational aspect of the game and help campers learn about becoming a collegiate athlete.

As the players at the National Park Youth Football Camp are just now starting to develop their game, the camp will focus on the technical aspects of football, running to defenders with the ball and defense.

“For these age groups, it’s definitely all technical stuff,” Tello said. “They will hold the ball a lot and also just develop their biomechanical aspect of the game, coordination and things like that. At this stage of the game, for this age group, it’s very important.”

The first youth football camp is open to players of all skill levels as the National Park continues its efforts to develop the game in the Resort City. Some of the campers may one day return to the National Park as a varsity player.

“We never know who will help us,” Tello said. “Christian Joval, a Hot Springs product, helped us a lot this year. So we just hope that in a couple of years these guys will show the love we gave them and decide to become the Nighthawks.”

Tello said response to the camp was initially slow when the National Park first announced the opportunity, but it began to gain momentum as local schools and the Hot Springs Football Association promoted the camp.

Registration will be open for the remaining two days of camp today and Friday, and will run from 8:30 am to 11:30 am each day.

The game of football continues to grow in Hot Springs: the second collegiate season in the National Park for both men and women is just around the corner, and several Garland County high school teams have competed in successful spring seasons.

The Hot Springs Football Association recently launched its first 3v3 league and offers both classic and recreational club play as well as many different football camps.

While this camp has allowed younger players to take to the field, Tello said there are plans to hold a camp for high schoolers — much like the prospects camp the National Park has hosted for other sports — later this summer.

Tello added that the Nighthawks plan to continue to host the youth camp and hopefully be able to turn it into an overnight stay where campers can live in dorms in the future.

Tello and his players will also ensure that campers have plenty of water breaks this week as high temperatures and high heat indices persist throughout camp.

The training and activities at the camp have also been designed in such a way as not to push the players to any dangerous limits.

Hot Springs Baptist Church became the home field for the Nighthawk football program for the 2021 college season. Church staff recently helped ventilate the field, and the church has also invested in the field to make sure it is in good condition for the college.

Visitors to the first youth camp are not the only ones who benefited from this experience. National park players also get something by giving back to the community and teaching the sport they love to future players.

“Man, we’re just trying to show them that if we love this city, they will love us back,” Tello said. “So they can dedicate a couple of days a week to the youth, these kids who will grow up to be footballers. Who knows, they might become fans. They can affect their lives.” it will mean more than just a couple of morning days off from their summer.” 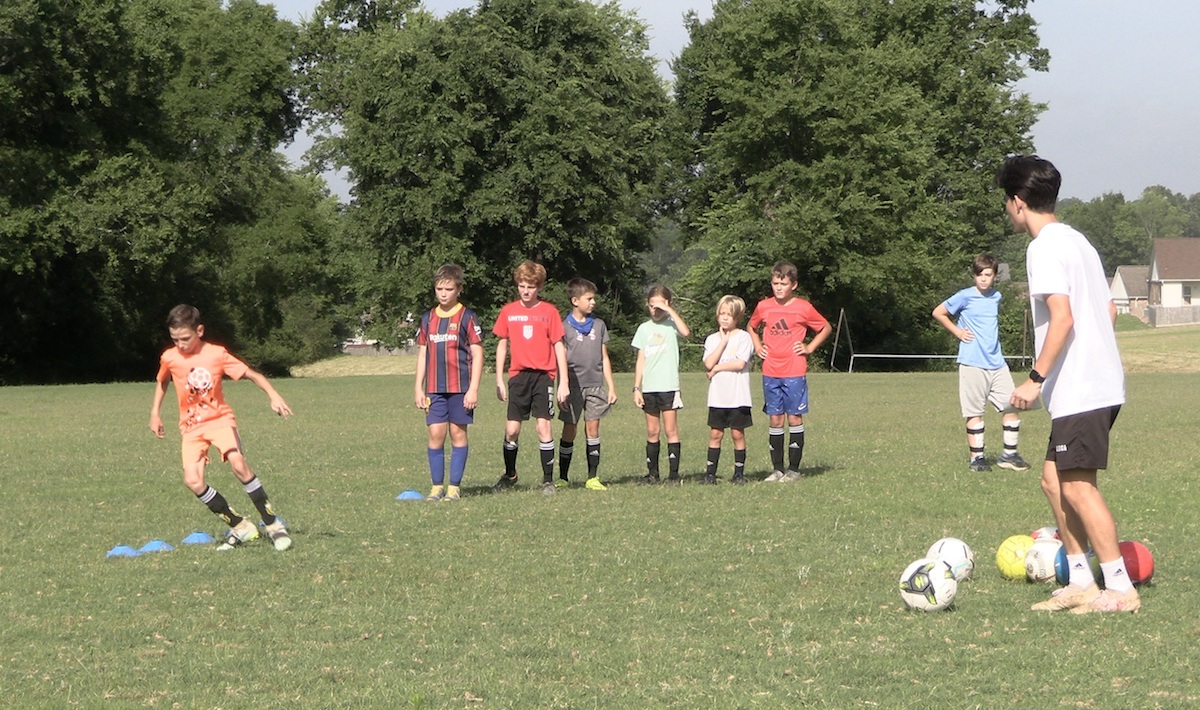