Wendell Moore of Duke was a McDonald’s All-American who graduated from high school, but his first two years of college didn’t go according to plan.

Moore, as I wrote earlier this season, has made significant improvements over last year in almost every statistical category. In the 2021-2022 season, he averaged 13.4 points, 5.3 rebounds, 4.4 assists and 1.4 steals per game while shooting three-point shots at 41.3%, more than his freshman year. – 21.1%.

He also improved his rim field goal percentage from 50.5% as a freshman to 64.4% as a junior. It increased its assistance rate from 12.6 percent to 21.7 percent and also reduced its turnover rate from 27.6 percent to 16.6 percent.

He received ACC All-Defense honors and also won the Julius Erving Award for the nation’s top small forward. Now he’s set to turn pro and have his name heard in the 2022 NBA draft at the Barclays Center on June 23rd.

Moore is still only 20 years old, 6’4.25″ tall without shoes, but was recently measured with a wingspan of 7’5″. 2022 NBA draft unification. He also recorded the maximum vertical jump (38.5 inches), which placed him in the 87th percentile of all prospects ever entered in the NBA Draft Combine exercise, for each performance at the stadium.

For The Win recently sat down with Moore to discuss what he will bring to the pros, how he has boosted his confidence, what he thinks of his teammate Paolo Banchero and more.

This interview has been shortened and edited for clarity.

When you talk to NBA teams, what do you tell them about yourself? 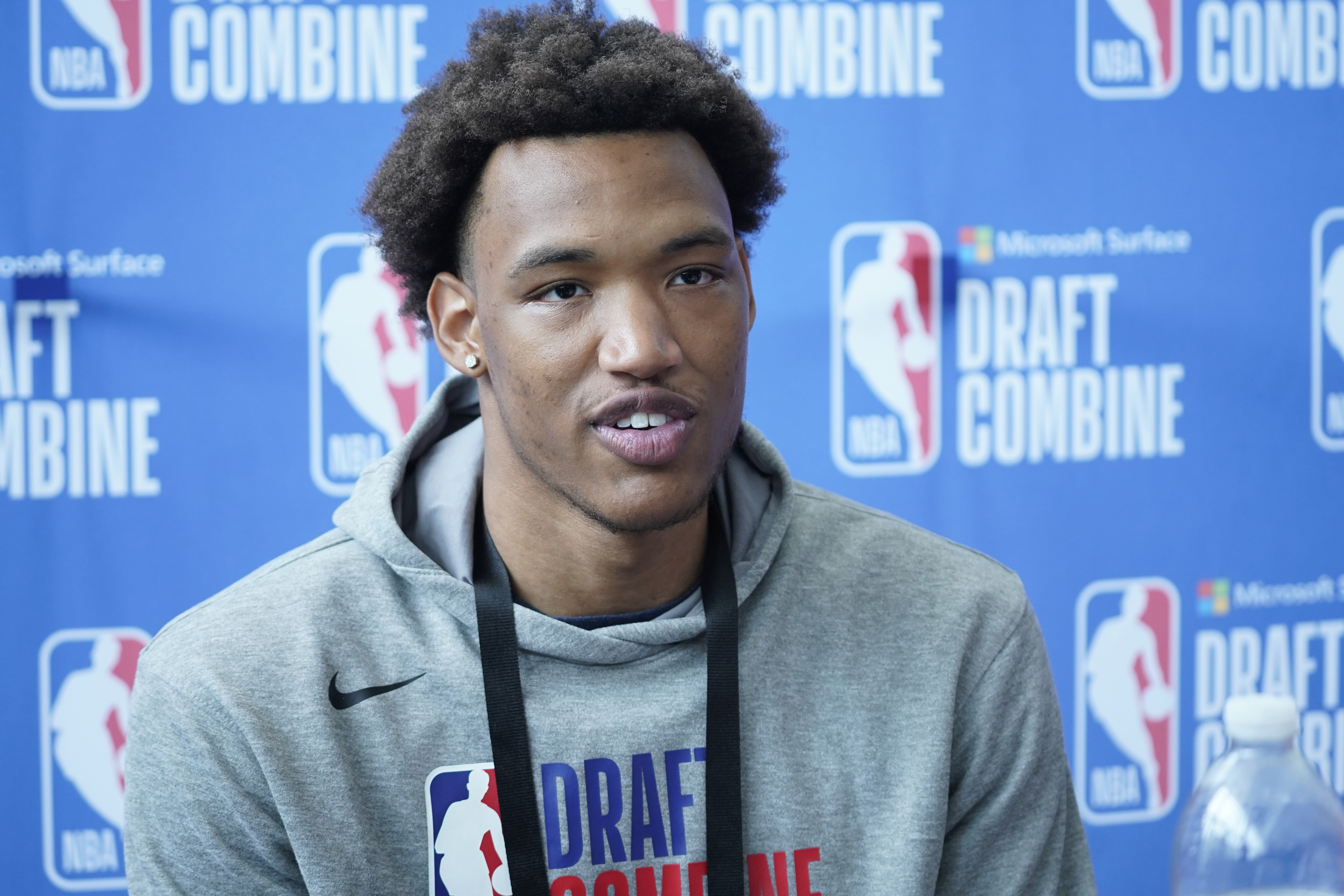 Moore: The main thing is that I be a good guy in the locker room. You won’t have any problems with me or anything like that. When it comes to playing on the court, I will do everything in my power to win. These are the two most important things.

My versatility on both ends is my most elite skill in the NBA. I can guard from one to four at a high level in defense. I can take the best player from the opposing team. In attack, I can play from one to four. You see these forwards in the NBA today. I can take open shots. I can be a playmaker for my team and score myself. I can do a little of everything. This will allow me to play earlier on the next level.

The story about you is how much you improved your game. What went into it? 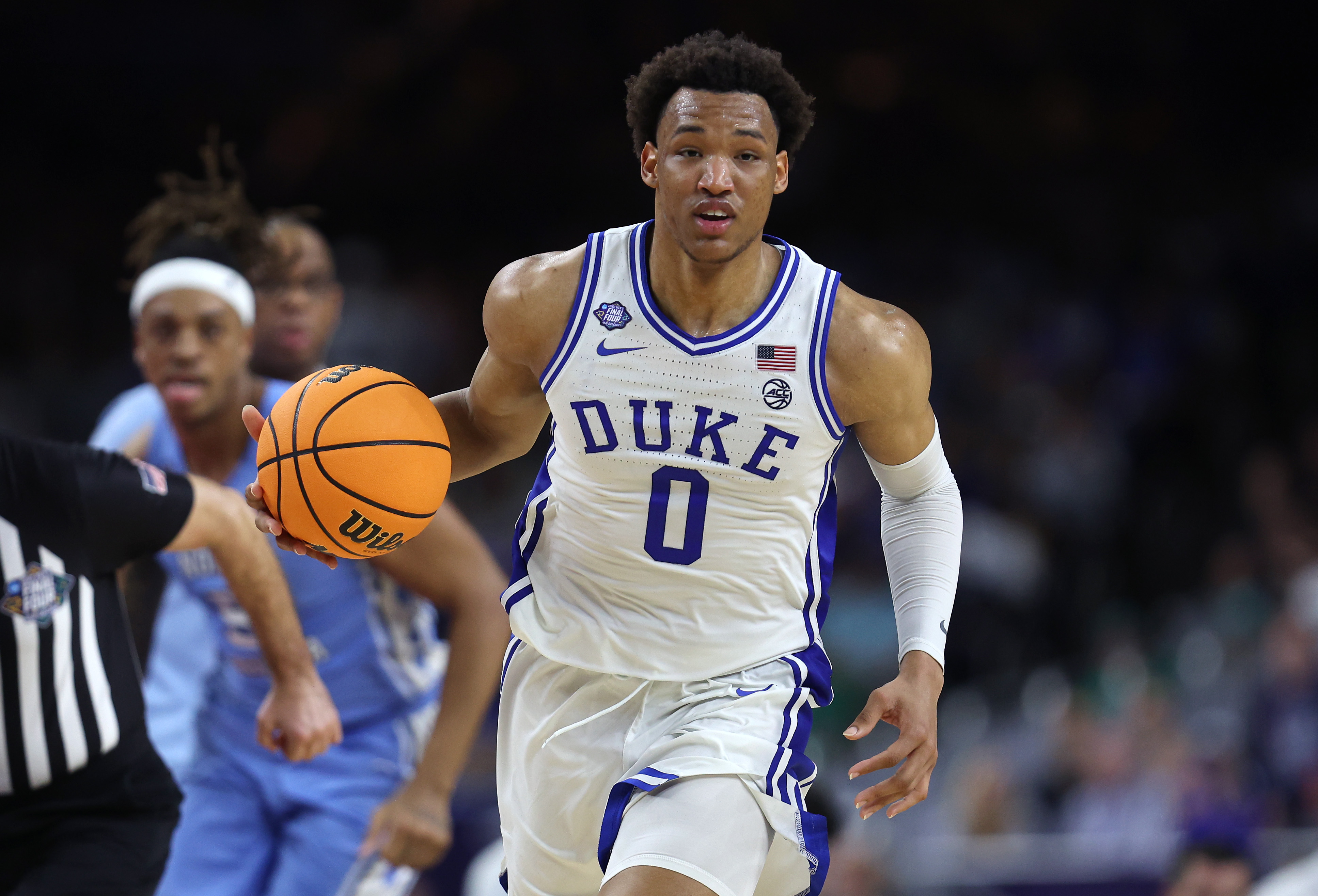 Moore: The main thing for me is my work ethic. Along with the work ethic came confidence and trust in myself after I had done all this work. It all came together this year and my confidence skyrocketed. Before the season, my work was non-stop. Once the season ended for my sophomore year, I was at the gym for two days. I have changed my body. I got leaner and leaner. I became more athletic. I have played many pickup games and worked with live game representatives. It’s fun to train alone, but you never know if it works until you try it against people live. I still work every day. I am getting better every day. My confidence has returned to a level where I consider myself a really good player.

In your senior year, Coach K. gave you the keys to attack. What did it give you? 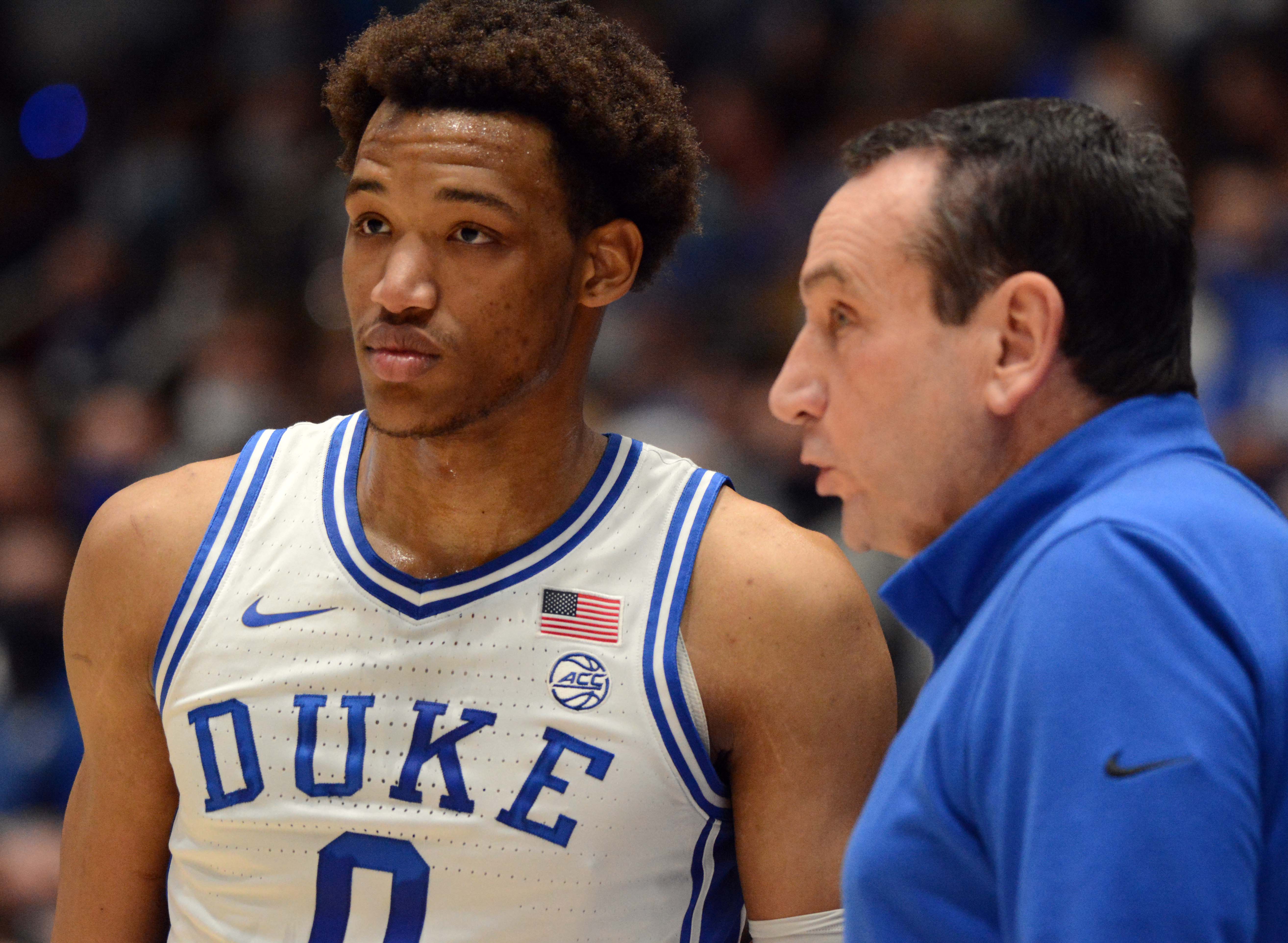 Moore: This helped me a lot. That someone like him believed in me as much as he did and allowed me to lead his team in his final season gave me a lot of confidence. It also made my teammates believe in me. Once we developed the chemistry, it felt like we were all leading the team together. It definitely made my captain’s job easier. Everyone on our team believed in what we wanted to do. This has made this a fun year for us.

You’ve been playing Duke for three years, but you’re only 20. Are you still improving your game? 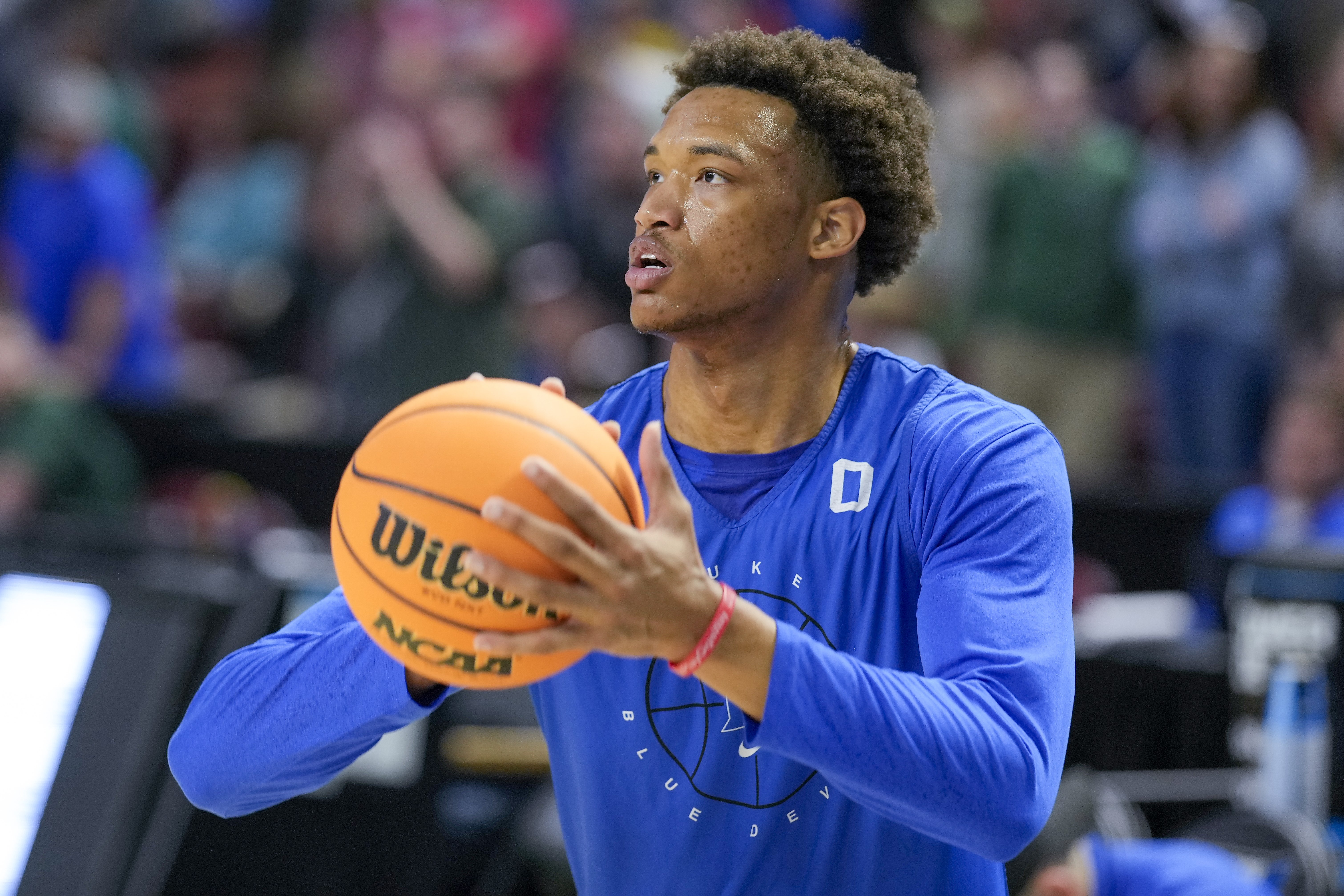 Moore: I’m still working on my body. A huge part of my success has been my strength, my athleticism and my speed. I’m trying to keep this intact and also improve the offensive end of the court. I want to make open 3s, corner 3s, and 3s at the top of the key. I want to get better at creating my own throw and learning different moves, counters for moves, counters to counters and the like.

How much did it help you to play alongside so many future NBA players in Duke? 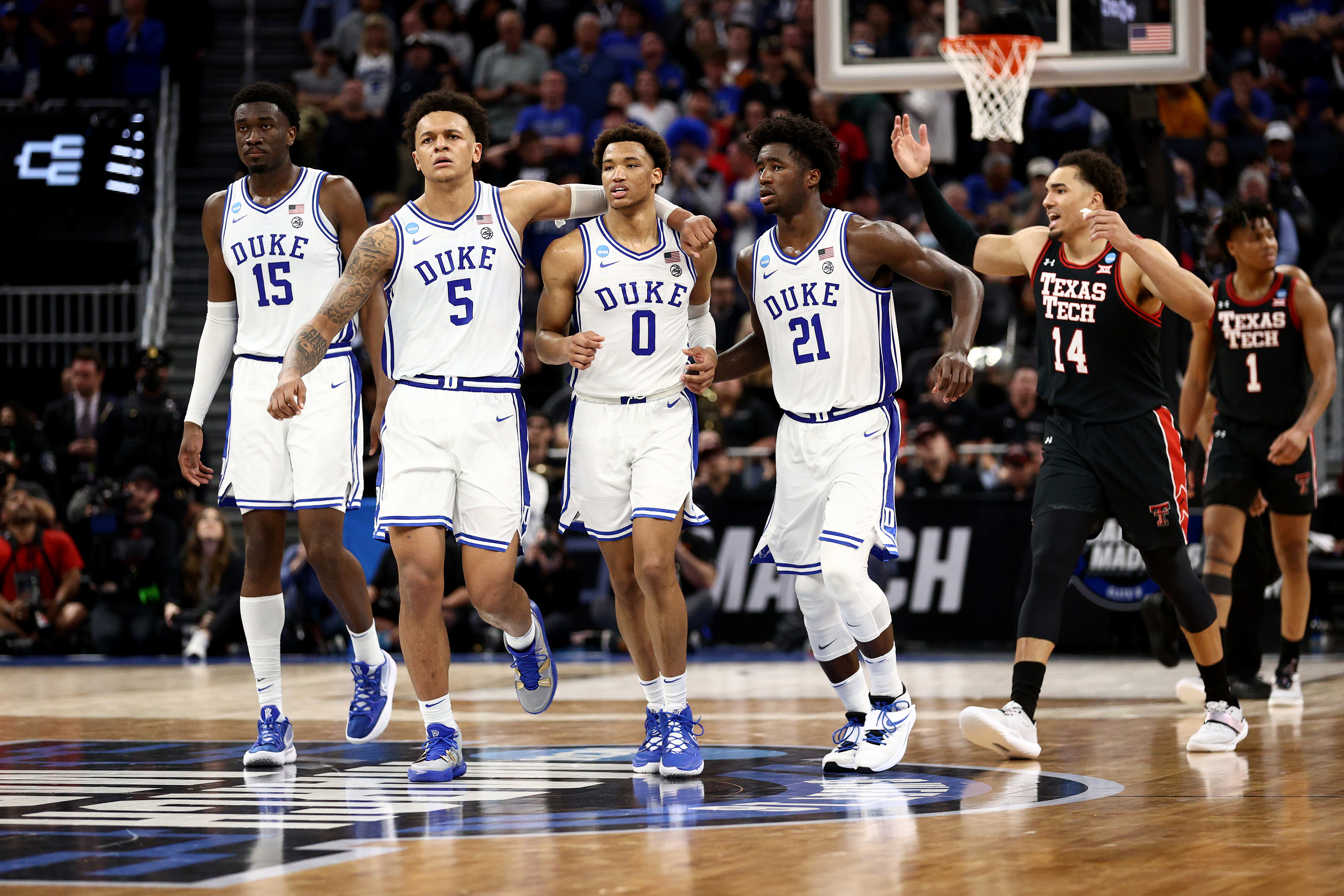 Moore: This will definitely help. There was so much talent on our team, and that’s what the NBA will be like. Everyone in the NBA is a really good player. So I learned to adapt to any situation. Whether I’m holding the ball or playing without the ball, I feel like I can do both because I did it at Duke. This is the attacking style we had and will make all of our transitions to the next level much easier.

What is the scouting report on your former teammate Paolo Banchero? 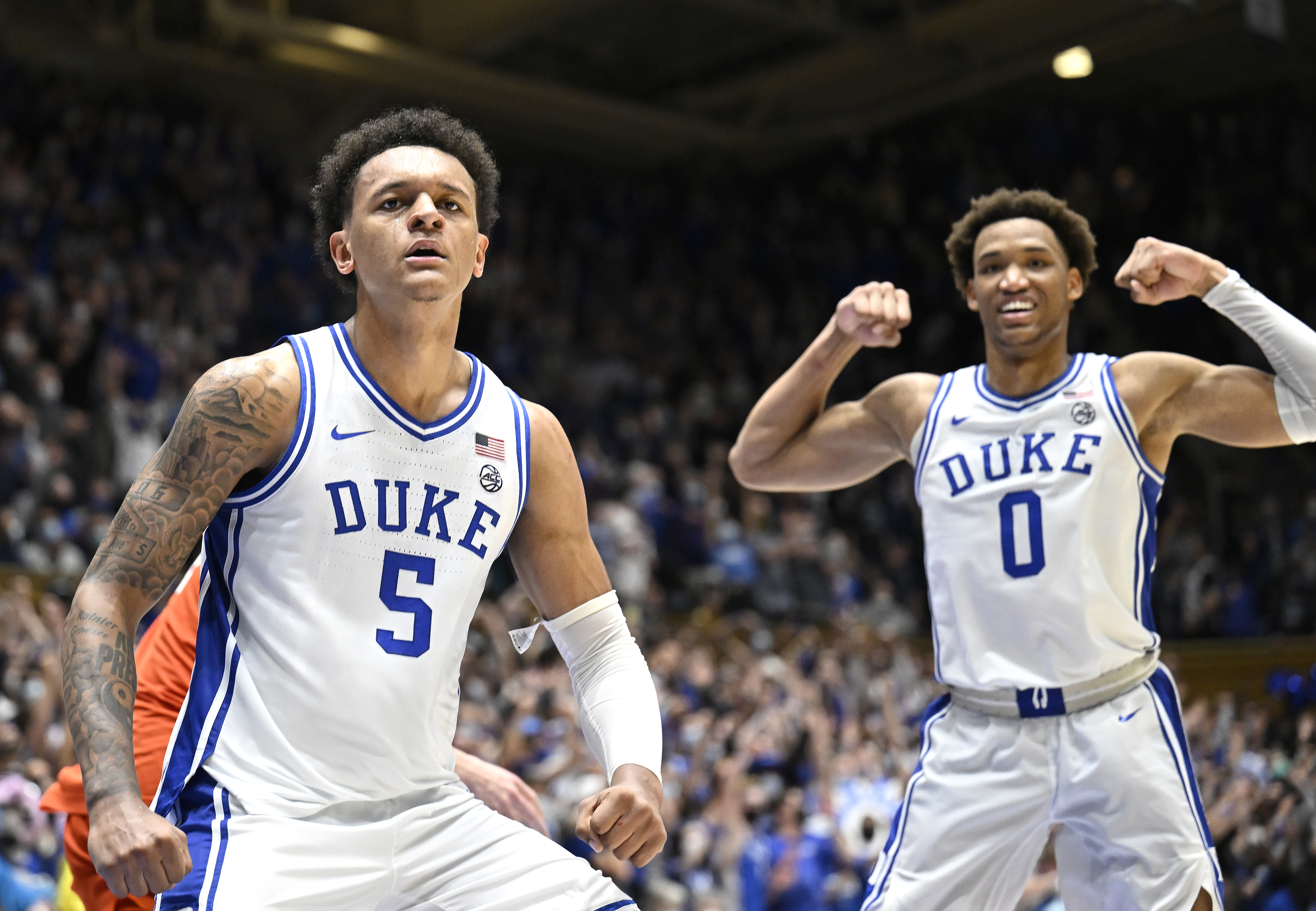 Moore: Playing with it makes life much easier. He gets so much attention from the other team. He’s not going to force anything. He always tries to make the right game for himself or for someone else. He will always do the right thing. Many teams tried to attack him defensively, but he definitely held his ground in head-to-head matches. He always takes it personally and tries to dominate. He did everything he could to win because that’s what he cares about the most. He has so many talents. I think he should be number one overall.

You did well in the NBA draft. How do you use your athleticism on the floor? 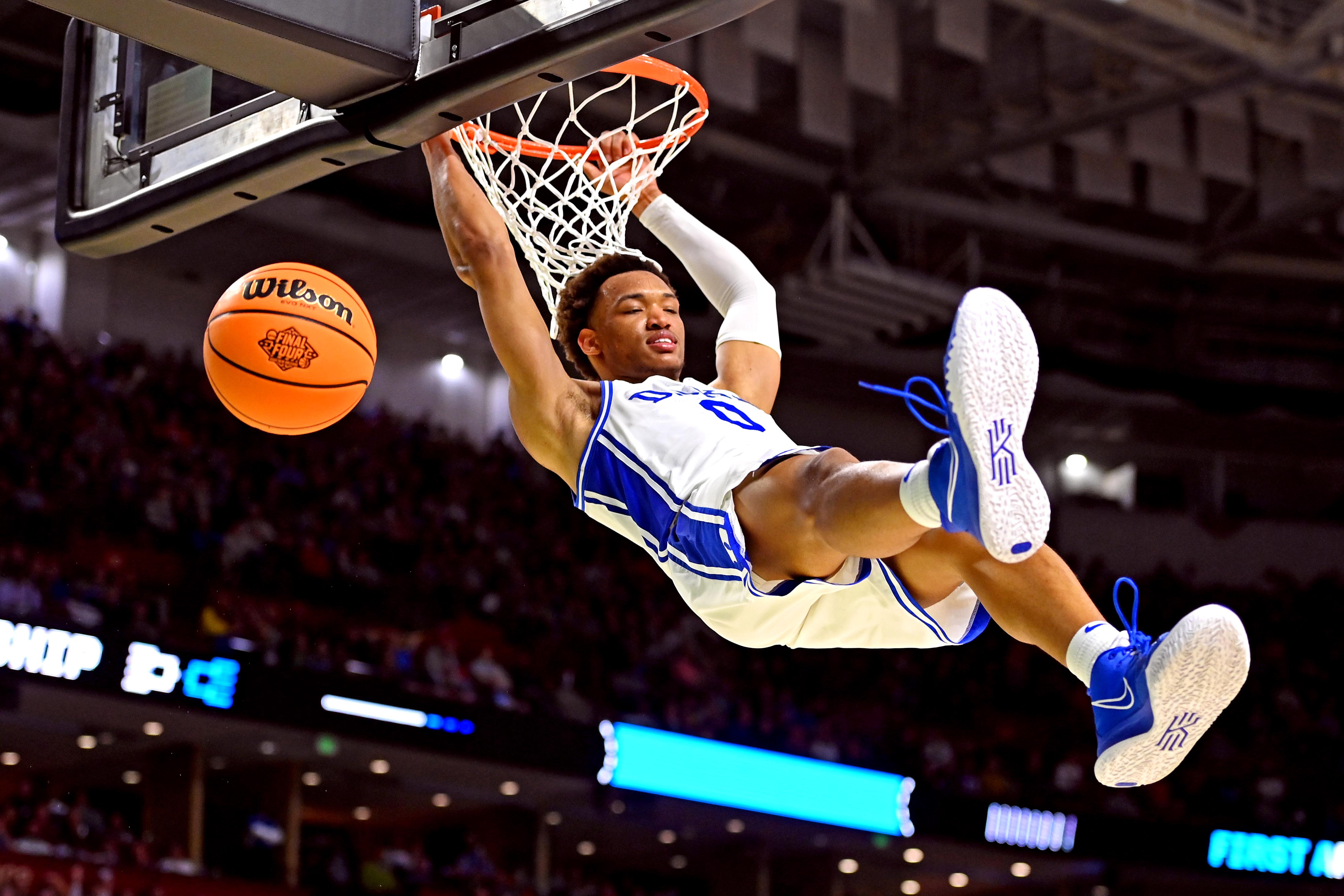 Moore: This allows me to get out in the transition a little more. In the half court, I can use my body and strength to land and finish shots through more contact. Defensively, it also allows me to guard smaller, faster players. This allows me to run up and down a little more. My big thing was the air conditioning. I also wanted to keep my physical form at a high level. This mixture allowed me to really showcase my athleticism in junior high.

Which NBA players do you follow that you want to reprise? 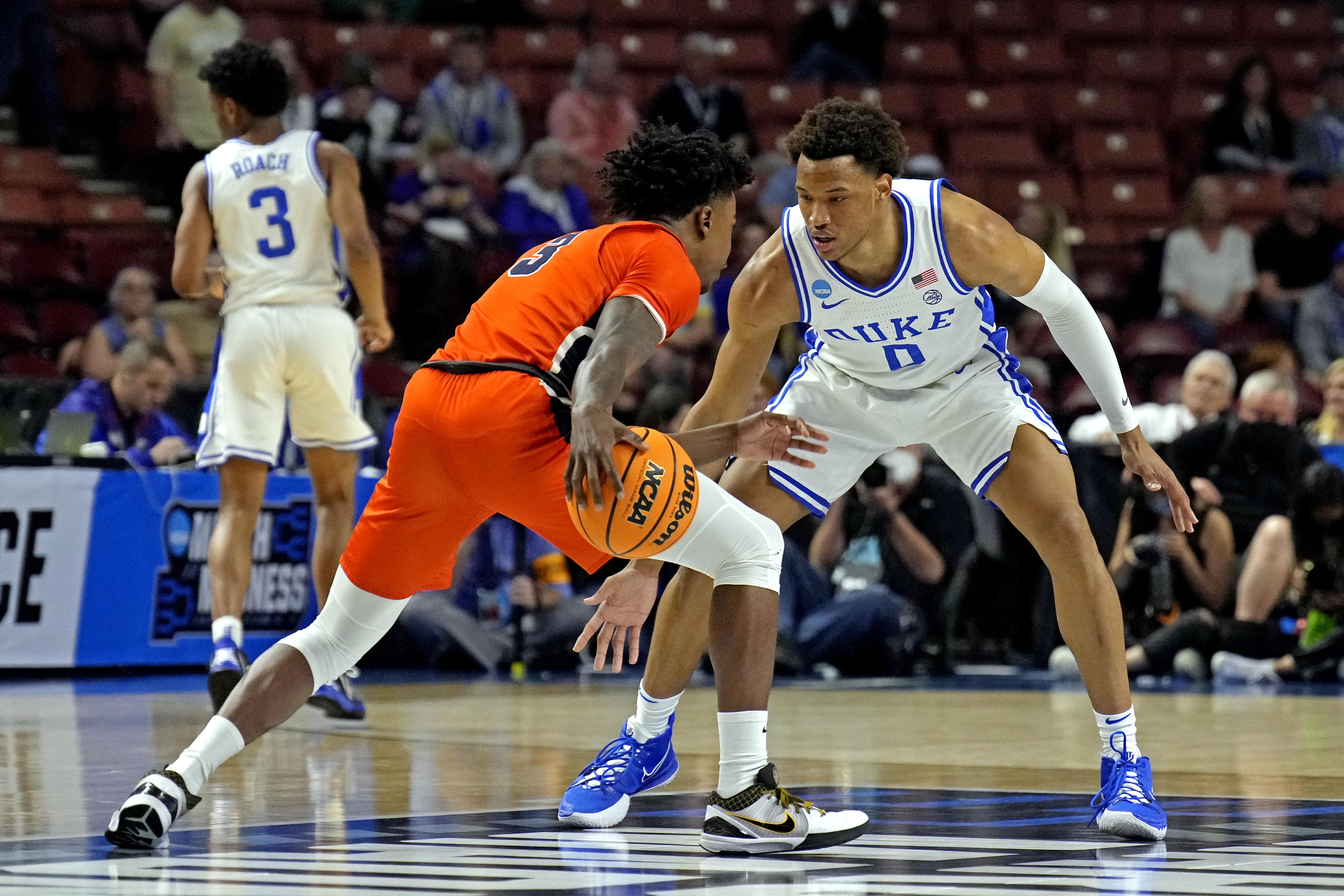 Moore: The two guys I look up to the most are Jrue Holiday and Marcus Smart. Especially on defense, these two are at the top of our league. They are sticky guys for their team. They make good throws, but guard the best player. These are definitely two of my favorite players in the league because they are one of the best defensemen in the NBA.

All three are arranged in the same way as large guards. I see myself as a combo defenseman in the NBA. I definitely think I can secure the perimeter. Defense is a fun challenge that I love to challenge myself. I would really like to create an All-Defensive team during my time in the NBA.

Where does your love for the game come from? What do you like about the game? 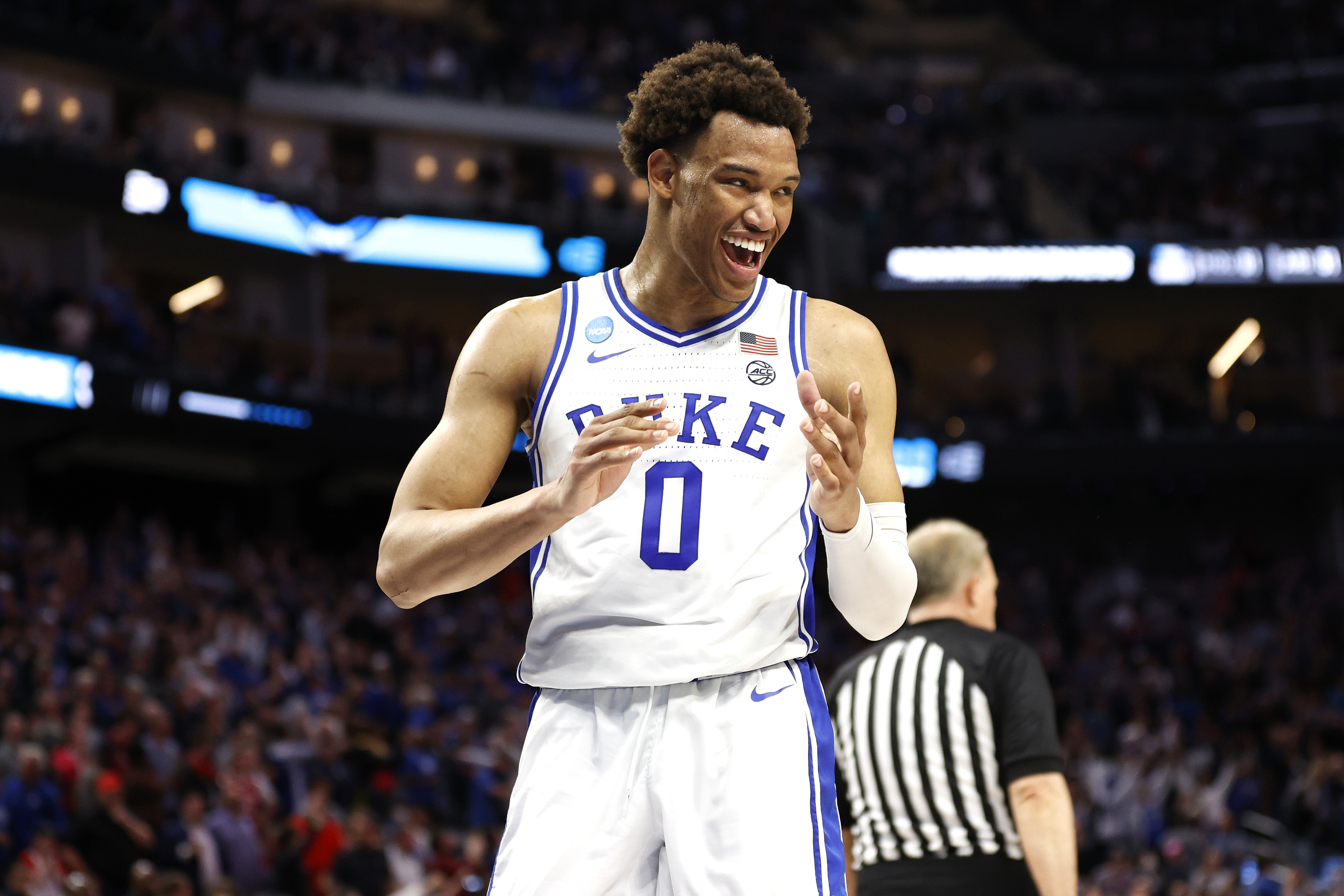 Moore: My love for the game is everything. That’s why I play. People play for money, their family and the like. But I really love the game of basketball. Anytime I can play, whether it’s one on one, or three on three, or five on five, I go out and play because that’s what I love to do.

It started at a young age. I was four or five years old and very young, so I didn’t know how good I could be. But I always knew that I wanted to get into the NBA. So as soon as I kept the ball in my hand, I realized that I could be in it. I play with passion. Every time I am there, I will play with a smile on my face. I have fun playing the best basketball, joking and laughing with my teammates. It brings out the best of me.

What do you like to do when you’re not playing basketball? 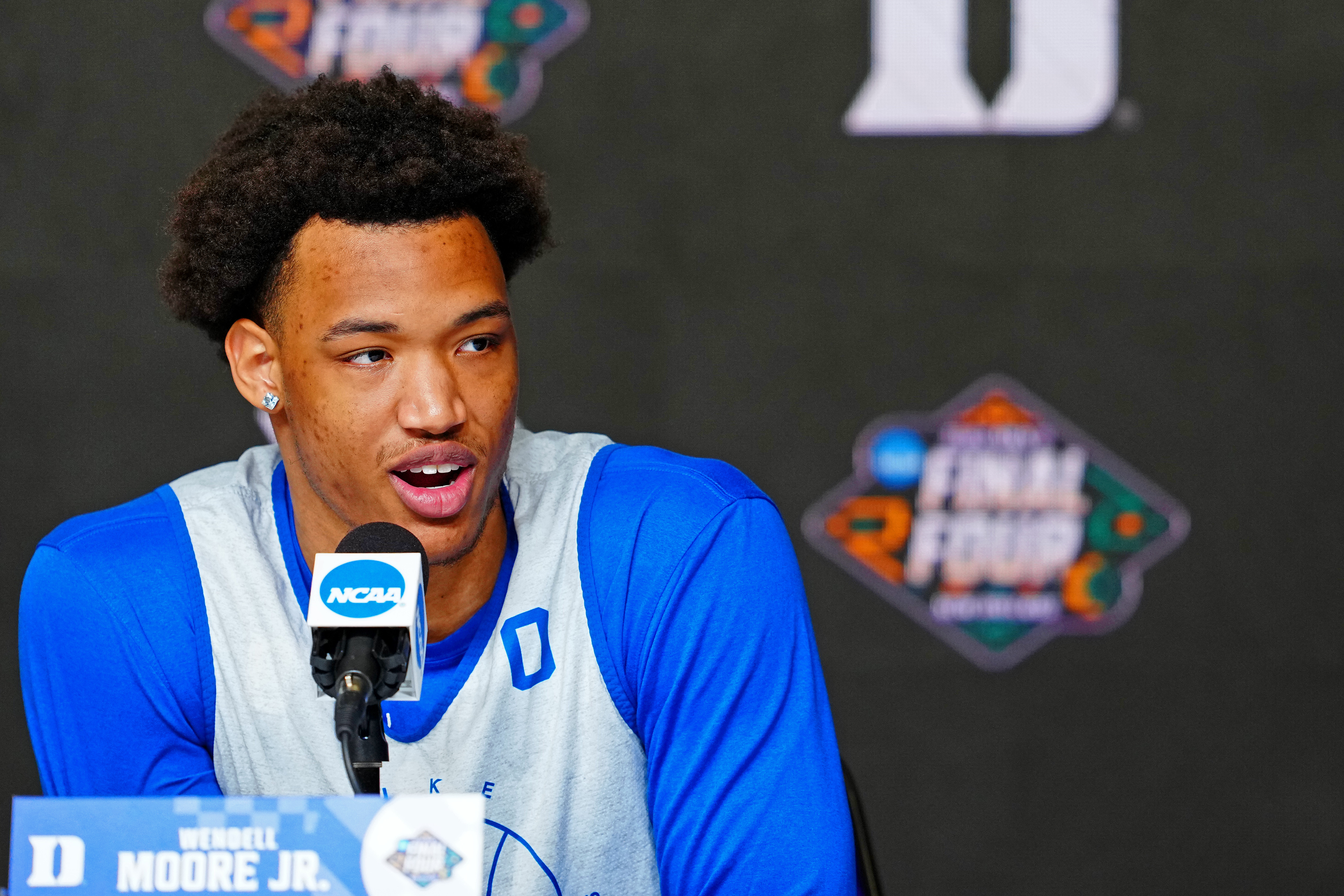 Moore: My family is my biggest support system. We do everything together. They are my support. Without them, none of this would have been possible. Besides, I also like to play video games. I like to go shopping. Lately, every time I see the gallery department, I feel like I have to get it. I am expanding my brands every day. I don’t care too much about a brand as long as it catches the eye. I like to buy clothes and shoes. I love music. Some of my favorite musicians are Gunna, NBA YoungBoy and Rod Wave.