SYDNEY, Nova Scotia. Seven players from Cape Breton will take to the field this summer to represent the island in the Atlantic Championships with Nova Scotia.

Four girls and three boys, all of whom play for Cape Breton Football Club, will wear the colors of the province at the Atlantic tournaments in Newfoundland and Labrador, Prince Edward Island, New Brunswick and Halifax.

Meanwhile, Choder and McDonald teammates Petra LeBlanc and Alice Tierney will travel to St. John’s, Netherlands with under-13/14 teams for their Atlantic tournaments.

“We are very pleased and proud to have four members of our U15AA team selected for the provincial teams,” said Cape Breton head coach Damien Barry.

“Petra, Alice, Ava and Sam are dedicated and talented players and this recognition is more than deserved.

“The fact that we have not been able to compete at the provincial level since 2019 due to COVID only enhances their accomplishments and shows the depth of talent we currently have at this age level.

“These girls have overcome the lack of a suitable training facility and the constant travel challenges to develop and improve, and we are incredibly excited to see how they represent themselves, their families and our club at the upcoming provincial competitions.” 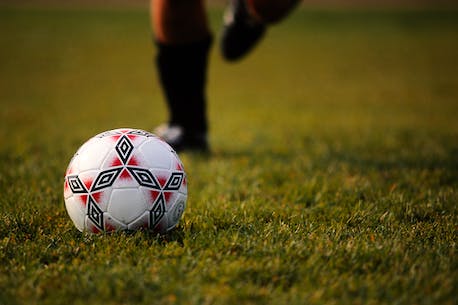 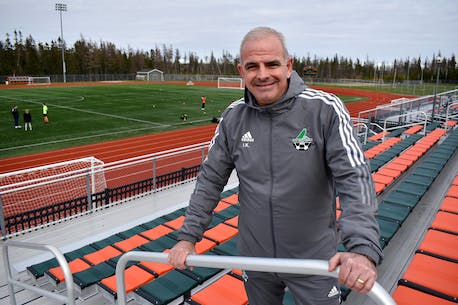 For the boys, Ewen Goutro will remain in Nova Scotia and will compete for the under-15 championship in Halifax.

“Even is a fantastic all-around player. He has excellent technical skills and is also very good at reading the game,” said FC Under 15 head coach Alasdair Dunbar.

“What really sets him apart is the intensity and passion with which he plays. He is incredibly hardworking and it’s great to see him get the opportunity to represent our province this summer.”

Ronan Sexton and Eric Power will be part of the under-13 team that will travel to Charlottetown for the Atlantic Tournament. Both players currently play in the Cape Breton and District Football Under 15 leagues this season.

“Both boys will bring both defensive and offensive skills to the team,” said local head coach Eric Power Sr. “They are growing rapidly in their ability to move the ball and play. I feel that Ronan’s vision and performance will benefit the team in the Atlantic.”

Soccer Cape Breton president Wilhelmus Van Hal was delighted to learn that the island is known for its football talent.

“It’s great to see players from Cape Breton again representing the province at the Atlantic Championship,” Van Hal said. “We have been working with Soccer Nova Scotia to provide our players with identification options and it has paid off.

“I know that our district will continue to produce quality players who not only make up the provincial squad but also contribute on the field.”

For now, provincial league play will continue this weekend with the Cape Breton FC boys under 15s heading to Halifax to play Halifax County on Saturday and United DFC Dartmouth on Sunday.